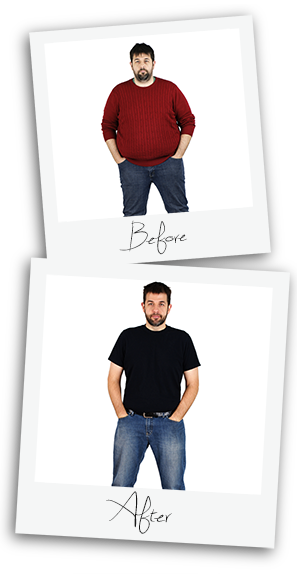 My name is Martin. I’m 38 and from Dublin. 18 months ago I managed to tip the scales at an “impressive” 24 stone. My life basically consisted of early mornings, late nights, lots of driving and lots of junk food. I wasn’t really a sweet eater, but takeaways were my big downfall. I suppose I really should’ve addressed the problem when the local Chinese and pizza shops knew me by my phone number and knew my order before I even said it! It got to the stage where I would call and just hear “Hey Martin, the usual is it?”. For some reason, it didn’t bother me though. I nearly took it as a compliment and felt important to be known. Although I always had some weight issues, it wasn’t until I got married that the weight really piled on, going from around 18 stone up to 24 stone in the space of 3 or 4 years. Unfortunately, the marriage broke down and I found myself loathing in self pity, living alone and using food at night as my comfort. I could be so good all day, eating small healthy portions for breakfast and lunch, or even going without one, or both meals some days. But as soon as the evening came at home, nothing was stopping me from having what I wanted! I would look forward to it from midday onwards. Looking back now, it’s crazy to think that this was the way I lived my life from day to day, but it’s what made me “happy” at the time.

It was only when I went to the doctor that he recommended a blood test, due to my weight. This was the first time in maybe 2 years that I stood on a scales. I remember the feeling in my stomach seeing the number go up and up. It seemed like a double blow when I was informed that my cholesterol was through the roof and that I was lucky to have not developed diabetes. I tried to lose weight myself, but I just couldn’t handle eating small portions. Everything had to be big. It was a friend who recommended that I look at a gastric band, having seen a colleague do so well with one. I got the information off him and made a call to Auralia. I spoke with David in allot of detail and within a week I was in for an appointment. A month later and I had my surgery!

Its now 18 months after that day and I have lost just over 8 stone. I could have never imagined how much my life would change before this. I’m now healthier, more confident, fitter and happier! Food doesn’t have a hold on my life anymore. I now have the freedom to enjoy doing other things. I still have the odd takeaway here and there, but it’s nothing compared to the past. After a small amount of food I feel the same way as before, when I was eating huge amounts, which is great! I exercise a couple of times a week and really look forward to it now. It wasn’t an easy journey and I made plenty of little slip ups on the way, but I wouldn’t change it for the world! I owe the Auralia team allot of thanks for helping me when I needed it most through the program.

So many people ask me about the weight loss, asking “how much have you lost”. My answer to them now is “let me tell you what I have gained!

(Results may differ from person to person)